by Bang on a Can All-Stars & Gong Linna 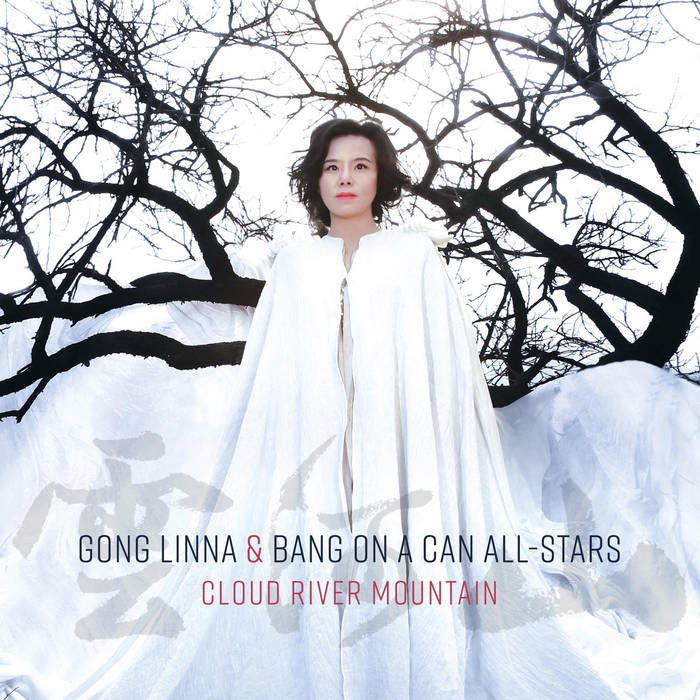 Murphy Adams A mesmerizing blend of styles and personalities make for a stunning collaboration between Gong Linna and the Bang on a Can All-Stars. Favorite track: Yun Zhong Jun (Lao Luo).

Co-composed by Lao Luo and Bang on a Can founders Michael Gordon, David Lang, and Julia Wolfe, Cloud River Mountain is an edgy cross-cultural collaboration between the Bang on a Can All-Stars and the extraordinary Chinese vocalist Gong Linna, whose dynamic voice covers a vast canvas of sonic colors. Linna has drawn comparisons to Björk with her adventurous range, embracing Chinese folk, pop, and avant-garde art music with a sure-footed confidence that transcends borders.

On Cloud River Mountain, she sings in both Mandarin and English over the groove-driven melodies and lush soundscapes of the All-Stars, weaving ancient Chinese storytelling together with Western songwriting in a raucous musical mix. Inspired by the verses of classical Chinese poet Qu Yuan, these seven songs channel the mystical stories of the past and merge them with the churning, clanging sounds of the future.

Qu Yuan (c. 340-278 BCE) was a Chinese poet and minister who lived during the Warring States period. His poems were ﬁrst published during the Han Dynasty, in the anthology
Chu Ci (Songs of the South).

Translations originally published in The Songs of the South: An Anthology of Ancient Chinese Poems by Qu Yuan and Other Poets (edited by David Hawkes for Penguin Classics, 1985).

Into the Clouds, River and girl with mountain published by Red Poppy, Ltd. (ASCAP).